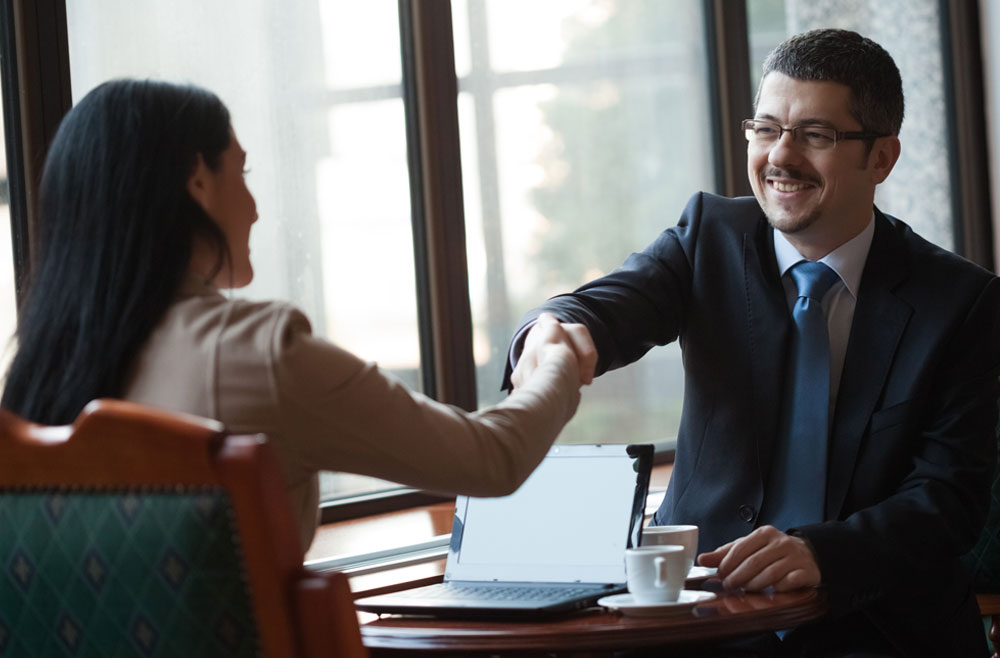 26 Jan The Nonbinding Letter of Intent: Fact or Fiction?

Posted at 15:10h in Uncategorized by David M. Bishop
Share

Of course, you might be wondering why parties would trouble themselves with a letter of intent when they could easily skip it and proceed directly to the final contract. By sketching out the fundamental terms of a transaction the parties can determine if there is a meeting of the minds before they devote time, money and energy to reaching a final agreement. In mergers and acquisitions, the parties usually prefer to tackle the ‘big picture” issues before addressing all the details. If the parties can’t agree on the price, the terms of payment, and the basic structure of the transaction, then there’s little point in discussing the finer aspects of the deal or having attorneys run up legal expenses drafting documents that will never be executed.

Inexperienced parties occasionally skip the letter of intent and go directly to contract because they think they’ve reached conceptual agreement and can get the transaction closed faster without a letter of intent. Soon they discover that they are farther apart than they even realized. Experience teaches us that it’s much easier to work through differences at the outset than after the parties have devoted weeks working through due diligence issues and paying attorneys along the way. In fact, signing a letter of intent demonstrates commitment and often provides a psychological lift that helps get the deal done.

All of this seems simple and straightforward, so can’t we just conclude that a letter of intent is nonbinding and move on to other topics? Well, that might be a mistake because it’s easier to describe than to recognize a letter of intent. And it’s not so clear what we mean when we say it’s nonbinding. 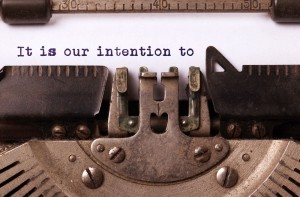 The first thing to understand is that labeling a document as a letter of intent is not enough to make it nonbinding. As I was writing this article, a client buying a business asked me to review several documents prepared without legal assistance using forms found on the Internet. The first document was a one-pager labeled “Letter of Intent” and signed by both parties. There was nothing in this document indicating that it is not legally binding. Instead, there was this sentence “This document contains the entire understanding of the parties.” Technically speaking, if these words are given full effect, then despite the label, this document is not a letter of intent but rather a binding contract. Don’t think this is an isolated case. One of the largest business brokerage firms in the country has buyers and sellers sign an offer to purchase and sale document that makes the deal terms legally binding but also suggests that there will be a definitive agreement. Which is it? Is it perhaps the business broker’s desire to make this binding for sales commission purposes with the understanding that the lawyers will prepare a more thorough document for purpose of the deal between the buyer and seller? Confusing, no doubt.

A properly drafted LOI typically provides that none of its provisions are legally binding except a handful of selective provisions such as the confidentiality and no-shop provisions.

The harder question is “What does binding mean?” Or, said another way, is there a difference between binding and legally binding? Lawyers spill a lot of ink on the question “Is a letter of intent legally binding?” It’s a fascinating topic for those who joined the profession looking for another game of Mother-May-I. Lawyers such as this — let’s call them Lawyer-Technicians — take perverse pleasure in declaring legally binding what everyone intended not to be legally binding. After all, the document is missing the magic words: This Letter of Intent is not legally binding. While this might sound far-fetched, Lawyer-Technicians prevailed in some pretty big cases as courts ruled that certain letters of intent and memorandums of understanding were actually binding contracts because the magic words were missing and it was otherwise reasonable to conclude that the parties intended the document to be binding. Needless to say, this got the attention of transaction attorneys around the country so that even a newbie attorney knows to insert these words in a letter of intent to be sure it’s not legally binding.

To illustrate this point, in my 30+ years of practice I’ve never had a client sue or be sued over whether a letter of intent was legally binding but I’ve fought hundreds of battles (outside of the courthouse) involving letters of intent that are practically binding. In theory, one would just walk away from the deal or start all over with a new LOI if the first one is flawed, but this is not how it works in the real world. If the parties want to proceed with the deal, then the “nonbinding” LOI, as flawed as it may be, is the basis upon which the parties proceed. You won’t be able to change the deal without good reason. If you do, the opposing party will call you on it. In some cases, they will accuse you of not honoring your deal, appealing less to the legalities and more to your sense of right and wrong. This is more powerful than most people realize.

What a client often fails to understand and a Lawyer-Technician fails to appreciate is that a letter of intent is tantamount to a handshake — not legally binding but psychologically, morally and tactically binding.

To understand where things go wrong, consider what a client hears when his lawyer tells him that the letter of intent is not legally binding except for the confidentiality and no-shop provisions. The client often concludes that it’s not all that important what goes in the letter of intent because they will have the chance to clean it up and straighten it out in the contract — what lawyers call the definitive agreement. What a client often fails to understand and a Lawyer-Technician fails to appreciate is that a letter of intent is tantamount to a handshake — not legally binding but psychologically, morally and tactically binding. 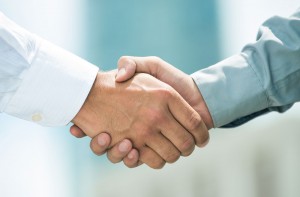 Lawyers who understand the significance of a written handshake — let’s call them Lawyer-Realists — know that walking away from terms of a letter of intent is easier said than done. After all, a handshake still means something. The ink might not bind but it doesn’t disappear. So, in the real world, the letter of intent is just as important as the definitive agreement — maybe more so, because the deal terms (assets included in the sale, price, payment method, timing, interest rate, working capital requirements, personal guarantees, etc.) are first addressed in the LOI. Yes, there might be arguments over the exact wording of a representation or warranty in the final agreement, but there’s already been a handshake on the most significant business issues. That’s why the letter of intent deserves your full attention.

The most practical way to approach a letter of intent, once the legal disclaimer is inserted, is to view it as a psychological/moral contract. Do-overs might not be possible so get it right. It’s very common for parties to find themselves in a skirmish soon after signing the LOI, especially if key deal terms were omitted or the LOI is vague. And it’s surprisingly easy, once you start drafting and negotiating the definitive agreement to forget the exact wording of the letter of intent, especially on small issues. Who gets the lease security deposits? Can the seller make a cash distribution before the closing to pay taxes attributable to S corporation income? Is there an adjustment in the purchase price if there is a deficiency or surplus of working capital?

I’d like to claim perfection in all my letters of intent but I must admit that some of my letters of intent have not been as clear and as comprehensive as I would have liked. It’s a bitter pill to look back and discover that you failed to cover something important in the LOI. On the flip side, when the other side “remembers” a different deal or confusion arises, there’s nothing more powerful than to remind the other side of terms set forth in the letter of intent that support your version of the deal. Unless the opposing side has all the bargaining power or chooses to kill the deal, it’s likely that the deal laid out in the letter of intent will stand.